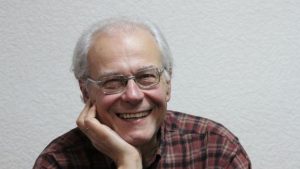 Creative work:
Soloist of all Bulgarian symphonic and chamber orchestra, as well as of many foreign groups (“And Soloists Veneti” – Italy; Hendelfestshpil orchestra – Hale, Germany; the Opera in Nice, France; Philharmonic Orchestra of Chicago, USA; National Orchestra – Columbia and many others.)
Numerous concerts as a soloist and a chamber performer home and abroad (“Gewandhaus” – Leipzig, Moscow’s Conservatory, “Suntory hall” – Tokyo and others.).
Recordings for BNR, BNT, ВВС – London and many other stations in Europe, Asia and America, as well as CD with a solo and chamber repertoire from Vivaldi to Schnittke.
Premiers of new compositions: violin and viola concerts from A. Poturlyan, M. Petkov, S. Ikonomov, K. Taskov, V Zaimov, G, Nusen, soanatas and pices from M. Goleminov, A. Atanasov, F. Johnston and many others.
As a teacher at NMA since 1975, his students are Ioana Kamenarska, Valya Dervenska, Martin Panteleev, Miroslav Chakuryan- award winners from domestic and international competitions.